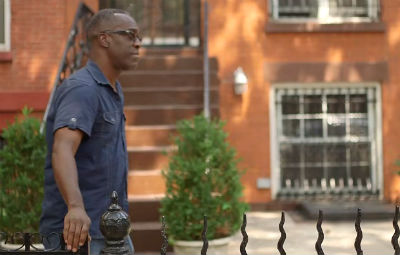 Travel Pulse Editor Brian Major is no stranger to international excursions. Since the early days of his career he’s traveled the globe as a travel journalist and public relations professional – sailing aboard luxury cruise ships and expedition river vessels and staying in accommodations from jungle and mountain lodges to deluxe capital-city hotels.

With over 10 international trips and three decades of travel under his belt, Brian had never purchased travel insurance. That is until speaking with his friend Daniel Durazo, communications director at Allianz Global Assistance, about an upcoming media group trip in Panama during an interview on travel insurance innovations.

“I mentioned to Dan that I’d be traveling to Panama in a few weeks. He half-jokingly asked what type of insurance I’d purchased for the trip. I said not only I did I not have insurance, I hadn’t sought to purchase any. I told Dan that in nearly 30 years I’d never purchased insurance for a trip.”

Dan suggested purchasing the Professional Traveler Plan, a one-year basic plan for travel industry professionals similar to the various Annual Plans available to all consumers. Under this plan Brian could be reimbursed for eligible expenses he may incur due to covered interruption or cancellation of flights or travel, as well as emergency medical treatment and transportation benefits.

“I remember thinking to myself, ‘Why not? It can’t hurt.’ So following Dan’s suggestion I purchased a one-year policy from Allianz Global Assistance,” a decision that would later help save his life.

The view approaching Panama was a beautiful sight but shortly after landing and clearing immigration and customs things took a turn for the worst.

“Suddenly it felt as if a balloon had exploded in my chest. When I spotted the driver hired to take me to the InterContinental Miramar Hotel, I asked him to take me to the nearest hospital instead. He did, and within 20 minutes we had arrived at Punta Pacifica hospital near downtown Panama City.”

Brian later learned that what happened to him could occur to almost anyone: He’d suffered a spontaneous pneumothorax, where a tiny rupture causes the lung to drain of air and collapse. The condition also improperly pumps air into the chest cavity, termed “spontaneous” because it occurs in patients without underlying lung disease.

“As you can imagine, I was stunned and quite nervous at this point. “Collapsed lung” does not sound good any way you spin it. I worried about the nature of my condition, how—even if—I might recover, and what my loved ones would think when they learned I was seriously ill far from home.”

Soon after arriving at the emergency room Brian contacted Allianz Global Assistance and reached a representative. “The person took my information, confirmed my policy, and assured me the company would assign a medical professional to monitor my case”.

The Allianz Global Assistance team then proceeded to work with the hospital’s medical and administrative staff to determine the best course of action. Brian’s hospital costs to that point were covered up to the limit available for emergency medical benefits in his insurance plan and representatives were available whenever he needed more information.

“I felt reassured. While my recovery was still far from certain, the fact that the Allianz Global Assistance representatives stepped up and responded positively as soon as I contacted them took a huge weight off my shoulders.”

The Decision to Transfer Home

Brian’s lung however would not heal on its own, and would require surgery to repair. Since receiving the procedure in Panama would keep him from immediately flying home for perhaps weeks afterward, it was decided by Brian, his doctors, and Allianz Global Assistance that a return to the U.S. for surgery seemed to be the best option.

Allianz Global Assistance representatives, arranged to fly Brian to Miami and admit Brian to South Miami Baptist Hospital, where the surgery would be performed. An ambulance met him on the tarmac, and after clearing customs and immigrations (also on the runway), he went directly to the hospital, going into surgery a few hours later.

The procedure was successful and soon Brian and his wife were walking through the front gate of their Brooklyn, New York home.

“I couldn’t have been more grateful to see my beloved brownstone house again. I had Allianz Global Assistance to thank for bringing me successfully through a serious medical condition so far away. Without travel insurance I was truly, foolishly, unprotected.  My last-minute decision to purchase a policy turned out to be a lifesaver. I’ll never leave home again without it, and recommend it to everyone for all vacation or business travel.”

Brian Major received compensation for contributing to this article. 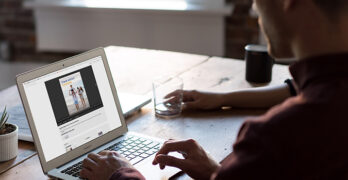 For several years, we’ve offered partners like you a digital Marketing Guide … END_OF_DOCUMENT_TOKEN_TO_BE_REPLACED

Connecting travel agents and professionals to the insurance their clients deserve. Sign up for our monthly newsletter https://t.co/ogQzOSqnca

Thinking about heading south this #summer? Check out these top five #SouthernBeaches to add to the list before you go! http://ow.ly/NBa550JGIyJ

This site uses cookies to improve your user experience and analyze site traffic. By Clicking ACCEPT or continuing to browse the site, you are agreeing to our use of cookies. Read our Privacy Policy for full details.